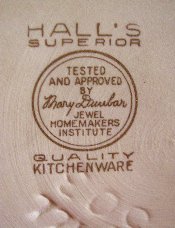 Mary Dunbar was a name used for the director of the Jewel Homemakers’ Institute. The institute was organized in 1924 with Mrs. Mary Hartson as director (her maiden name was Dunbar).

This division was established to ensure the quality of Jewel products and to ensure the satisfaction of Jewel Company customer standards. Testing of grocery and household articles for purity, durability and serviceability were completed before offering them for sale.

In 1926, Mrs. Leone Carroll assumed directorship of the Jewel Homemakers’ Institute. She was Jewel’s first woman executive and served as Mary Dunbar for 17 years.

The first Mary Dunbar’s Cookbook with published in 1927. Route salesmen personally delivered the free cookbook to Jewel customers. The cookbook was reprinted several times. The last printing was in 1943.

The most sought after paper products of The Jewel Tea Company are the Mary Dunbar Cookbooks. These booklets contained recipes, household hints, an assortment of photographs, and advertisements.

In April 1930, a different format of Mary Dunbar’s Cookbook appeared. A school notebook would hold the 8-page, letter-sized sections that had been 2-holed punched. Mary Dunbar cookbooks, in mint condition, demand a high price. 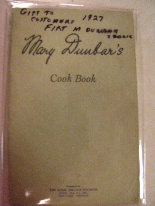 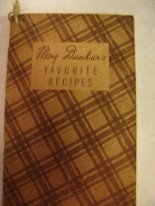 The policy of the JEWEL TEA CO., Inc. to its customers.